A view of 2016 from a HR / Employment Law perspective 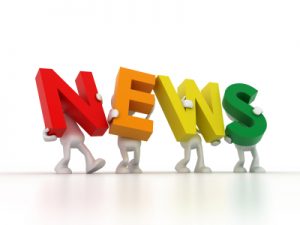 There’s always something going on which impacts employing people and 2016 looks to be another big year for this.

At the moment we have the decision from the EAT in Lock v British Gas, holiday pay should include commission, if you have not already you really need to review your company’s approach to holiday pay to ensure it covers commission, over-time and other payments not made when an employee is off on holiday. Contact us for further advice.

We also have the proposed requirement for gender pay reporting likely to come into effect in October 2016. Consultation is currently open – https://www.gov.uk/government/uploads/system/uploads/attachment_data/file/501331/GPG_consultation_v2.pdf

Modern Slavery Act 2015. We expect if you are a business with a turnover of less than £36 million you did not expect this to impact you. However as the requirement is for these Companies to to prepare an annual slavery and trafficking statement. This statement will need to include the measures that the company has taken to ensure that slavery or human trafficking is not taking place in any of its supply chains, or in any part of its business, or a statement that the company has taken no such measures. The statement should be posted up on the company’s website or made available on request. If your turnover is lower but you are a supplier to an organisation who has to provide this statement you may well be asked to provide this anyway so they can meet their requirements. Further guidance can be found here: http://ow.ly/YE2gm

The National Living Wage comes into force from 1 April 2016, this applies a minimum wage rate of £7.20 to those aged 25 or over.

Penalties for paying less than the minimum are also doubled.

The date for the referendum has been set, we will see debates going on from both camps, whatever your personal view, if the vote is to leave there will be an impact on the economy and running a business in the UK.

It is clear there is a lot to be considered and that it is not as simple as a yes or no vote! We will be keeping a close eye to see how business and employment may be effected.

We are PRP Windows, last year we needed some new employee contracts designed, I was introduced to Nicky from the HR point, she enquired as to our specific requirements, the turnaround was really speedy, professional and polite. Based upon the first experience, we have several occasions since in which we have needed advice, Nicky is always quick to respond.

We will continue to use HR Point, and would recommend others do to.

At Sparkle Spa we have worked with HR point on a regular basis. Nicky has proved to be invaluable to our business. Thanks to HR point we have an efficient HR service for our staff and more importantly, someone I can rely on to give me the best advice. As Managing director of a new business this has been extremely useful. As a result, we retain HR Point services and can recommend this to any other business.

We have worked with Nicky for a number of years, she is an excellent resource to have and is always on hand to help us with any HR or employment law situation that may arise.  She provides clear, concise and business relevant advice, enabling us to make the right decision for the business.  I wouldn’t hesitate to recommend Nicky to any company that required HR advice.

Sound Technology Ltd have been working with Nicky Gleadow since 2008, first while she was at The Training Point, and then from 2012 when she set up her own company, The HR Point.  In this time we have tasked Nicky with providing employment law information, drafting employment contracts, training staff in recruitment procedures, individual tribunal cases and a large scale TUPE scheme as part of a company acquisition.

In all of these ventures Nicky has provided us with no nonsense, professional guidance of the highest quality.  Our recruitment processes are now robust and understood by all senior management, our contracts fall within all legal and good practise requirements, and potentially stressful and damaging staffing issues have been successfully concluded.  Sound Technology have no hesitation in recommending Nicky.

Nicky has been a huge support to the Company in helping us to traverse several complex HR & Employment Law issues. Her calm approach and constant availability has enabled us to identify the most appropriate solutions to some challenging circumstances, in an effective and timely manner. Her extensive and thorough knowledge of Employment Law has ensured we presented ourselves in a fair and professional way, whilst also protecting the Company at all times.